Scott is the Founder/President of EUSONIA Records, whose first release – Maiysha’s single “Wanna Be” – received a Grammy Nomination in 2009. He is also the Owner of EUSONIA Studios – a state-of-the-art recording facility in Manhattan – and the CEO of his production company, SCOJAC Music Productions.

In partnership with the Grammy Museum Foundation, Scott and EUSONIA Enterprises Co-Founder, James McKinney, are the Co-Chief Operating Officers, Executive Project Managers and Technical/Curriculum Advisors to The AMA Center – a multi-million dollar, 11,000 square-foot philanthropic innovation, music production and technology facility/initiative on the island of Anguilla in the central Caribbean.

Scott resides in Greenwich Village NYC with his wife and two daughters. 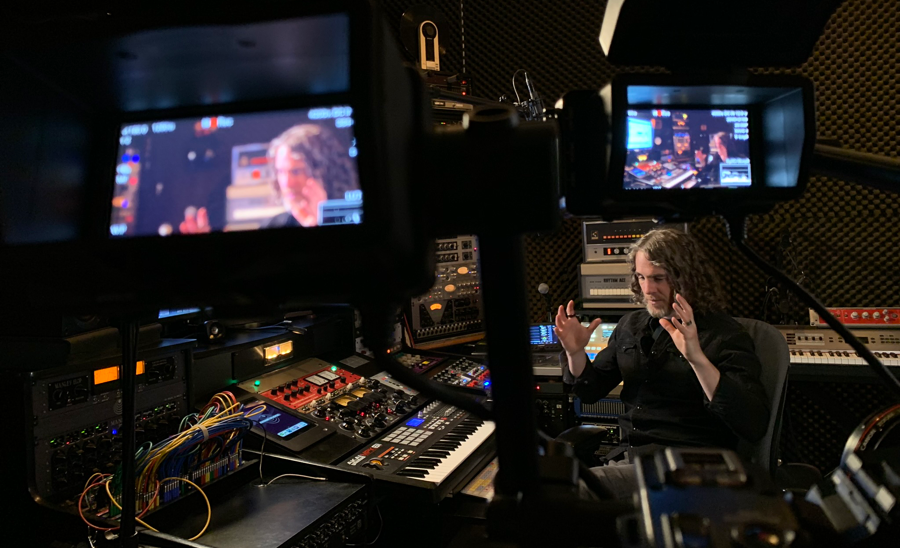 At the time, I thought that I would simply leave med school, get a record deal and then become the white D’angelo. Instead, I was swindled by a hack manager and told by all the major labels that my music was great but not commercially-viable (I love this statement). The bright side of this was the realization that whatever minimal talent I possessed was more in the realm of producing and writing, rather than singing and looking sexy. This was actually a tremendous relief: no $300 jeans or haircuts necessary, and I rested comfortably knowing that people would no longer be subjected to a mediocre voice and a reluctant performer. The idea of being the Steven Spielberg or the Spike Lee of an album was much more appealing to me than being one of their leading actors. As hypocrisy would script it, I did end up getting a record deal a few years after abandoning the pursuit, but we’ll get to that later.

In a relatively short career I’ve had the privilege to write, produce, and mix for a wide number of amazing artists including John Legend, Coldplay, Ronnie Spector, Vampire Weekend, Sia, Janelle Monae, Jason Mraz, Cory Henry, Stormzy, Pink, Laura Izibor, SZA, Jose James, Fabolous, Kane, Jackie Evancho, Vanessa Hudgens, The Kin, Naturally 7, Chimene Badi, Christian McBride and countless others. Along the way, I’ve won a Grammy Award, made lots of Platinum and Gold records, scored award-winning films, collaborated with my heroes, been elected to the NARAS Boards of Trustees, been profiled in Billboard magazine, lectured at prestigious conferences and in ivory towers across the country, and I’ve had chart-topping songs and albums all over the world. But to a certain extent, I’m only proud of one accomplishment: that I am a Musician, Writer, Producer, Engineer and Mixer in ALL genres of music and I do so with a modicum of integrity. This is where it’s at for me.

My musical home is a very unique recording and creation environment called Eusonia Studios. Eusonia is a word that I made up from Latin and Greek roots which loosely means: Home of Good Music. That’s the point of all of this. What a strange and beautiful trip it’s been so far – I’m grateful for the opportunity to find meaning doing something I love. Thanks so much for reading.